Last week, I had the very great pleasure of organising and attending the annual meeting of the European Reformation Research Group, and attending and presenting at the bi-annual Reformation Studies Colloquium, back-to-back, at Murray Edwards College (formerly New Hall), Cambridge. I heard 36 papers over 72 hours (including my own), and on Wednesday alone I began conferencing at 9am, didn’t finish until nearly 9.45pm, and heard 14 different papers over the course of the day. What I want to do in this post is to reflect on some of what I heard, and on what it says about the exuberance of reformation studies today. I have three disclaimers. The first is the Colloquium at times had four sessions running in parallel, so my experience of the conference was incomplete, and tailored around my own interests as a historian of the English reformation. The second is that I think it would be a bit tedious to summarise every one even of the 36 papers I heard, and so I’m going to be selective, and pick out papers relating to a few of the themes that stuck out to me most prominently. That means I won’t be mentioning some brilliant work, but I don’t think that can be helped – it would be great if other delegates could add some of their highlights to the comments below! Finally, apologies if I’ve misrepresented anybody’s ideas in what follows. If that’s the case, just let me know, and I will correct it. 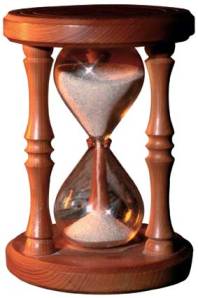 One of the things that really struck me is, in fact, two things, relating to the chronology of reformation studies. The ‘long reformation’ has been an increasingly important concept in recent years, and ‘when does the reformation end?’ is a question with which I perennially enjoy tormenting my students. Historians of the English reformation are now in (rare) broad agreement as to when the reformation didn’t end: and that’s 1559, with the Elizabethan Settlement. An interesting collaborative presentation by Peter Marshall and John Morgan cleverly employed databases and spreadsheets to torpedo the oft-cited statistic that only a handful of the Marian lower clergy resigned or were deprived in the years immediately following Elizabeth’s accession. The true scale of deprivations and resignations is unknown, and perhaps unknowable, but if partial datasets can be trusted as indicative it looks as though the figure calculated by Henry Gee in the early part of the twentieth century was a massive underestimate. Perhaps the longest reformation we saw at this conference was Ben Kaplan’s, who gave in his plenary a sneak preview of his forthcoming book, Cunegonde’s Kidnapping: A Story of Religious Conflict in the Age of Enlightenment. Kaplan traced the origins of a mid-eighteenth-century kidnapping, which brought the local area to the brink of religious war, back through a prolonged history of tension between the Catholics and Calvinists in the small community of Vaals, caught in between the posturing of the Catholic Imperial City of Aachen and the military might of the Dutch Republic. This is an extreme example, but plenty of papers ranged far into the seventeenth century, such as Chris Langley’s fascinating discussion of the local care provided by the Scottish Kirk for wounded soldiers returning from the civil wars and other conflicts. What there was surprisingly little of, at least at ‘my’ conference, was extended discussion of the early reformation.

Something else that struck me is that interdisciplinarity is now pretty much the norm. Not everybody is doing it, but it’s common enough that it seems incredible that we ever thought that we could study the reformation, let alone understand it, without looking at images, sounds, music, material objects, or employing theoretical or methodological insights from cognate disciplines. Emilie Murphy gave a rich evocation of the life of English Catholic religious orders in exile in Habsburg Spain, in which we could practically hear the tolling of bells and the chanting of nuns, while Margit Thøfner made some tantalising suggestions about the relationships between Lutheran music and church furniture, in particular as it was used to frame the sacramental rites of baptism and the Eucharist. In her plenary, Mary Laven gave a fascinating insight into a major project which aims to uncover the domestic piety of the Italian renaissance home, primarily through the material testimony of objects such as paintings, rosary beads, and ex votos. We also saw some wonderful images of Transylvanian Lutheran church interiors, courtesy of Maria Crăciun, who used them to question the dichotomy between aural and visual worship. At ERRG, Jeff Jaynes gave a fascinating paper on the urban geography of sixteenth-century Lutheran reform, through an examination of printed images of north-German cityscapes. 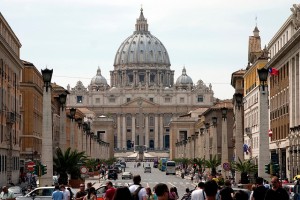 It was fitting in a conference which ended with a roundtable acknowledging the enormous contribution to reformation studies of Eamon Duffy (and marking his retirement) that papers on Catholicism were both numerous and vibrant. Half a century ago, Catholicism was the ‘Cinderella’ of reformation studies, but thanks to the work of historians such as Duffy, Walsham, Michael Questier, Bill Sheils, and many more, we are starting to take for granted that post-reformation Catholicism was just as complex, nuanced, and fascinating as early modern Protestantism.  ERRG contained a whole panel on the Catholic West Midlands, with excellent papers by Beth Norton on the Blounts, Laura Verner on (in-)tolerance, and Ruth Barbour on the returns for papists for the Diocese of Worcester in the early eighteenth century. My colloquium also began with a whole panel on the material culture of Catholicism, with brilliant papers from Katy Gibbons, Liz Tingle and Alex Walsham. David de Boer also gave an excellent paper on the Catholic response to Protestant iconoclasm in the Netherlands. The fact that donated church goods technically remained the property of the donor meant that church officials were able to present iconoclasm as an attack not on the church or clergy, but on the community itself. While the value of sacred art was (for the most part) diminished by iconoclasm, relics were often invested with additional meaning by virtue of having survived destruction at the hands of Protestants.

The last theme I want to discuss is that of ‘breaking paradigms’. In a way, of course, pretty much everything an academic writes is in a sense controversial: designed to change, modify or refine accepted views on a given topic. Still, there are some papers that take on the challenge with more gusto than others. Alec Ryrie’s plenary deserves a special mention here. Coming out of a forthcoming history of global Protestantism, Ryrie suggested that the ‘confessional’ model of the reformation, while useful, has run its course; that we should not attempt to understand Catholicism, Lutheranism and Calvinism as parallel ‘confessions’; that we should reject the traditional division between ‘radical’ and ‘magisterial’ reformers; and even questioned whether ‘Protestant’ itself is a useful term of analysis. Clearly this is going to be a book to wait for with some anticipation! Adam Morton gave a very interesting paper in which he suggested that we re-think iconoclasm in post-reformation England, contending that the sense of sight was not rejected by Protestants, but refocused in new and creative ways. My own paper on illustrated commandment boards issued a mild corrective against the increasing tendency to see Protestant visual culture as migrating exclusively to the domestic sphere. And a pair of papers from Greg Salazar and Emma Turnbull asked us reconsider different aspects of ‘anti-popery’, and the ensuing discussion ranged widely over the possible differences between anti-popery and anti-Catholicism.

We may not yet know where ERRG 2015 and Reformation Studies 2016 are taking place: but we can be pretty certain that they will both definitely be worth attending.  Amidst all the admin and chaos of the start of a new academic year, it was good to be reminded of how rich and exciting a field I’m lucky enough to work in!

2 thoughts on “A Reformation Roundup”