Lately I’ve been reading and writing about a large number of godly lives. This is a fascinating genre. Individual stories have always played an important role in Christianity – the gospels themselves, of course, are first and foremost accounts of the life of Christ, written by the evangelists Matthew, Mark, Luke and John. The Confessions of Augustine; the hagiographical accounts of the lives (and deaths) of saints; the intensely spiritual and personal visions of mystics like Julian of Norwich: all these are examples of how life writing of different kinds has played an important role in shaping religious belief and practice in the millennium and a half following the birth of Christ. However, we see two new and distinctive developments occurring in the early modern period. One is the growth of something which starts to look recognisably like modern autobiography: a warts and all account of the trials and tribulations of an individual life, from start to end.[1] The second is the invention of the so-called ‘spiritual diary’ – that puritan specialism, which combined observations on daily life with deeply personal soul-searching: prayer, godly meditation, and the anatomisation and identification of sin. This is where my interest in these documents primarily lies, because the Ten Commandments (about which I’m currently writing a book) were one of the main tools used by puritan authors to forensically examine their spiritual health. 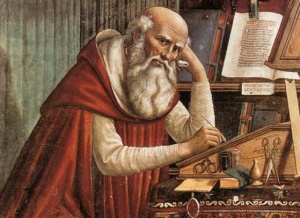 Augustine – father of the spiritual autobiography?

Thanks to the painstaking efforts of a number of scholars, we have more of these sorts of documents easily available to us than ever before. It surely cannot have escaped the attention of anybody attending a conference recently that Nehemiah Wallington, the gloriously idiosyncratic early seventeenth century wood-turner and prolific scribe, is rapidly becoming the patron saint of early modern studies. Interest in Wallington has been high ever since Paul Seaver’s book, Wallington’s World, hit the bookshelves some thirty years ago.[2] Now, though, we can browse through Wallington’s writings themselves (or at least, some edited highlights), thanks to David Booy’s recent edition of a selection of his surviving manuscripts.[3] The voice of a humble artisan is not one we often hear; neither is that of a young provincial godly gentlewoman. Still, thanks to the ‘Constructing Elizabeth Isham’ project, led by Elizabeth Clarke at Warwick, we now have online access to the working ‘diary’ and longer ‘book of remembrance’ she composed at different stages of her life.[4]

One of the most recent such publications, and the one I want to talk about here, is John Fielding’s edition of the diary of Robert Woodford (covering the period 1637-1641).[5] This is a brilliant and meticulous achievement, and another boon to scholars and students interested in religion, politics, and indeed all aspects of everyday life in the early seventeenth century. Born in 1606, Woodford was a godly Northampton lawyer and civic official, who witnessed the Laudian reforms to the Church of England with a mixture of outrage and fear.  One of the most striking aspects of Woodford’s life is his impecunious financial situation, despite his professional success, solid social standing, and impressive connections. As Fielding notes, ‘around 1623 Woodford began to suffer from the financial problems that would dog him from for the rest of his life’.[6] These debts, which amounted to several hundreds of pounds by the time of his writing, are ‘the leitmotif of the diary’.[7] His primary response to the situation, aside from practical attempts to pay his creditors (more often than not by borrowing sums from somebody else), was a religious one.

Woodford’s situation exposes very conspicuously a strange contradiction in the experimental Calvinist theology which informed the worldviews of late-sixteenth and early seventeenth century puritans. In a nutshell, the key question was this: should the godly expect to receive signs of divine favour for their elect status (in the form of personal happiness or material prosperity) during the course of their everyday lives? There were good reasons to think that this might indeed be the case. The Decalogue itself implied that God would show mercy ‘unto thousands of them that love me, and keep my commandments’, and also that obedience to the divine precepts would ensure that ‘thy days may be long upon the land which the Lord thy God giveth thee’. Max Weber’s notion of the Protestant Ethic and the Spirit of Capitalism was famously built upon the assumption that there was an elective affinity between reformed Protestantism and a drive for material success – a seventeenth century prosperity gospel. At the same time, from the earliest days of the reformation, reformers like William Tyndale had described how the godly must expect to be baptised in tribulations, and Catherine Davies has speculated that the Edwardian reformers found it much easier to think of themselves as a ‘poor persecuted little flock’ than as a powerful ecclesiastical establishment.[8] Puritan practical divinity stressed again and again that God would continue to chastise his chosen people, to drive them from the sinful acts that their continued concupiscence caused them to commit.

Max Weber – not the last word on Calvinism and prosperity!

How, then, did Woodford view his financial situation, in relation to his puritan religious identity? One of the key duties of the godly was to pray, and in August 1637 he petitioned God, ‘Lord enable me to pay my debts for the Lords sake Amen’.[9] At times, his expectation was clearly that God would look after him as one of his own: in November of the same year, he asked, ‘Lord looke from heaven upon me give me to endure this crosse with much fayth & patience yea cheerfulness, & in thy good time pay my debts for me & blesse me in outward things if thou seest good for the Lords sake Amen’.[10] At other times, though, Woodford saw his debt as something imposed by God, to humble his proud and materialistic servant. ‘Oh my god Looke upon me in mercye’, he cried later that month, ‘I confesse indeed I have not cared for running in debt to thee by dayly strivinge against thee, & therefore it is iust with thee I should Runne in debt to men, I confesse I have bene proud & profuse & therefore this burden is iustly upon me…’[11]

God – judge or saviour? The answer, of course, is both…

To look for a consistent position on this, I would like to suggest, is to miss the point entirely. In a sense, the whole purpose of puritan practical divinity was contradiction. The advice of ministers – written or oral – had to be flexible enough to give hope to the desperate, while at the same time they also needed to be able to humble the proud. Strange as it might seem, this was a form of piety which was designed to be as inclusive as possible, and not to exclude anybody who self-identified as one of the godly, and committed to the strict religious and moral code that this implied. In general, and in particular, people needed to be able to feel as though there was a hope that they could be saved, whether things were going well, or badly, and of course most people experienced both of these states many times over the course of their lives. 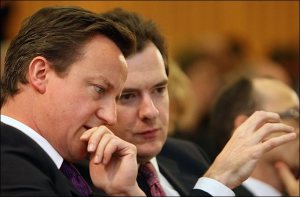 Perhaps this is taking things a little far, but it could be argued that there is an interesting resonance here with our attitudes to wealth and dearth in the current time of ‘austerity’. There is a clear sense in political and public discourse that debt is a ‘bad thing’, a punishment visited upon us by the invisible hand of the market in recognition of financial sins past. At the same time, however, there is also a certain political agenda that views debt and austerity as having created an opportunity for moral and social reformation – that we will emerge from the current crisis stronger and better than before. Leaving aside the question of whether debt itself is real or not, it is incumbent upon us to recognise that our attitude to debt is culturally constructed, in the past, the present, and likely also the future.

[1] It has been suggested that the first such ‘modern’ biography was that of the Tudor musician, Thomas Whythorne: The autobiography of Thomas Whythorne, ed. James M. Osborn (Oxford: Clarendon Press, 1961).