Most historians are not especially enthusiastic about theory. We tend to have an aversion to dealing with abstract concepts, and struggle to see how they might apply to what we work on. Instead, we feel much more at home when we are dealing with context; with specific evidence grounded in, and bounded by, time and place. But like it or not, theoretical concepts have played a major role in shaping historical research – though they are concepts usually borrowed from other disciplines, not produced by historians themselves – so ignoring theory is really not an option. 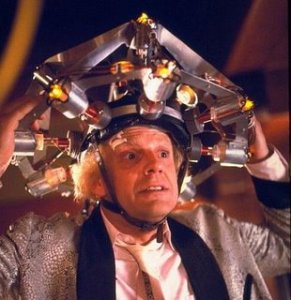 This is as true of food and drink history as other types of history – perhaps more so. The history of drinking, for instance, might just seem like a series of amusing anecdotes (see my alehouse characters series) but really it is all about how we interpret the instances of eating and drinking that we find in the archives, how we use them to tell stories about the societies and cultures that they take place in. For this, historians of eating and drinking tend to rely on various theoretical concepts developed outside of history to try and make sense of the rituals of food and drink consumption that we find in the archives.

So, in the various courses I have taught about the history of food and drink in early modern England I usually have to broach theory at some stage. Trying to teach theory to undergraduate historians is rarely the easiest of teaching assignments, so what I try to do is to show how ideas have been applied to the specific field of food and drink history to help students see their relevance. The aim is not to provide them with a complete mastery of the concepts we discuss – I wouldn’t claim to have this myself – but rather to give them an introductory sense of them so that (a) when they come across mentions of them in the literature they will have an idea of what they mean, and (b) to provide them with a platform to build from should they wish to delve deeper into these concepts in their essays and projects.

Anyway, when recently backing up some computer files I came across the lecture I usually give on this theme, and thought that it might also work well as a series of blog posts that could serve as a very basic introduction to some of the key theoretical concepts used by historians – structuralism, habitus, the civilising process – that might be of interest to undergrads, postgrads, or anyone else who is keen to (or perhaps for a course they are taking, has to) engage with some theory but is a bit daunted by the prospect of delving straight into [insert archetypal daunting theory book here]. Anyone who is a master of these concepts might like to read on and helpfully point out where I get them wrong!

The lecture is a bit long for one post, so I’ll break it down into 3 posts over the next couple of weeks. Part I, below, deals with ‘Anthropology and Structuralism’; Part II will look at ‘Sociology: Civility and Habitus’; and Part III at ‘A Literary Critic and the Carnivalesque’. Tuck in…

I: Anthropology and Structuralism

Let’s start by thinking about the impact that the work of anthropologists has had on historians of food and drink. A key term here is that of ‘ethnography’ – which for anthropologists usually involves living in a particular community or social group and carefully observing the rituals of everyday life, and from this trying to construct the system of underlying meanings and values that inform these rituals – that is to say, to uncover the ‘culture’ of that group. 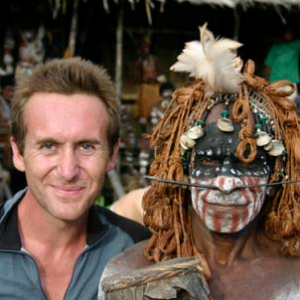 Of course, historians cannot go and live with their subjects of study, but they have been influenced by this notion of closely observing the rituals of everyday life and trying to decipher what they meant to those involved, and what this in turn might tell us about past cultures. This ‘ethnographical’ approach to studying human activity has had a major impact on what we might term the ‘cultural turn’ in the humanities from the 1970s onwards – a growing concern with culture broadly defined – a turn that historians have played a major role in.

Within this broader process, there are a number of practitioners of ethnographic anthropology whose work has been particularly relevant to historians of food and drink (see the essays collected in Mary Douglas, ed., Constructive Drinking: Perspectives on Drink from Anthropology (1987), especially that by Dwight Heath; and for food Stephen Mennell provides an overview in the introduction of his All Manners of Food: Eating and Taste in England and France from the Middle Ages to the Present (1996)). There are two particularly important arguments made by these anthropologists studying drinking rituals in other cultures:

1) that the way people behave when ‘drunk’ actually varies across cultures, and therefore we should see drunkenness as to some extent a ‘learned’ activity, determined by cultural norms, rather than simply a result of the biological effects of alcohol.

2) that scholars across all disciplines need to move beyond a ‘pathological’ approach to alcohol – that is, always seeing it as a problem. This was something historians were often guilty of, and as I’ve mentioned before on this blog, an earlier generation of historians tended to see the rise of the alehouse in early modern England as a result of alcohol consumption going up in a period of social and economic strife and dislocation. People are unhappy, they drink, goes the logic.

There’s more to drinking than this

Instead, these anthropologists emphasised that drinking in any society is not simply a result of that society breaking down or malfunctioning, but rather that drinking rituals are often an expression of the central values of a culture – such as generosity, neighbourliness, or, so as not to paint too rosy a picture, gender hierarchies – and were often central to its normal functioning. Indeed, they argued that drinking rituals were ‘highly patterned’ and hedged about with rules and codes of appropriate conduct and behaviour which reflected underlying cultural values and social hierarchies. De-code a drinking ritual, and you unlock the culture. It was this promise that encouraged social and cultural historians to turn their attention to drinking rituals in the past.

The work of anthropologists also suggested a couple of key features of drinking rituals to look out for. One was that drinking rituals usually had clear boundaries of inclusion and exclusion – rules about who you did and did not drink with – and these can reveal much about social groupings and divisions. They also cautioned that drinking rituals might tell us two slightly different things about a culture: on the one hand, they could reflect how that culture or society really was such as revealing key divisions between social groups or genders: but on the other, they might reveal an ‘idealised’ version of a society, as drinking rituals were often occasions which were to some extent ‘escapist’, offering a temporary alternative to ordinary life, where perhaps some of the normal boundaries and hierarchies could be collapsed. Finding women, or different classes, involved in drinking rituals, for instance, may not be showing us an egalitarian society, but a moment of escape from normally rigid social hierarchies. That’s an important problem for historians of drinking to bear in mind: do drinking rituals reflect the real world, or do they reflect fleeting idealised worlds? I’ll leave that open.

But these anthropological approaches to drinking rituals – and indeed to human behaviour more generally – are not without their critics and problems. In particular, they are often criticised as ‘structuralist’. So, what is ‘structuralism’, and what is wrong with it? Put simply, structuralism is the ‘search for a fixed “code” or “deep structure” underlying people’s surface behaviour’ – a way of understanding human behaviour that suggests it is always determined by forces larger than the individual, forces that create systematic, constant ways of behaving. Or, as the Oxford Dictionary of Philosophy puts it, a view that ‘behind local variations in the surface phenomena [of human behaviour] there are constant laws of abstract culture’

Er, a structure (by Claude- Levi-Strauss: an actual theorist)

There is a certain attraction to the idea that we might uncover a set of abstract laws that govern all human behaviour – or at least within a given society or culture, as some structuralists might put it – but there are also problems with it that some theorists find unsettling. One is that it has little place for human agency: if our behaviour is pre-determined by structures, it is not a consequence of free choice on our part. Another is that it fails to account for change – if all behaviour is determined by a set of constant laws, how and why does human behaviour change over time? How do the rules gradually change if human beings do not have the ability to choose to act differently and to change those rules?

These objections are not necessarily insurmountable, and there are theorists who we might think of as ‘structuralist’ who seek to explain how change occurs. For instance: by two different cultures/structures coming into contact with each other and learning new ways of thinking and behaving that way. But on the whole historians, who are much more concerned with explaining change over time than anthropologists are, find structuralism has its limitations in this regard. It is with one of the key ways that historians of food and drink have conceptualised change over time that the next post will be concerned.

8 thoughts on “Food for Thought: An Introduction to Theory via the History of Food and Drink”