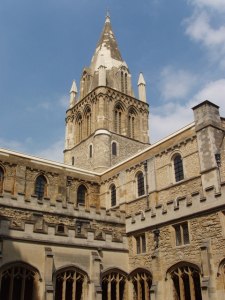 The marriage of Protestant clergymen was one of the most controversial aspects of the reformation, in England as elsewhere. Opprobrium was heaped upon clergy who married, and also upon their wives. Even death was no escape from censure. During the reign of Mary I, Strype tells us, Richard Marshall, the dean of Christ Church, exhumed the body of Peter Martyr Vermigli’s wife from its resting place in the cathedral, and had it thrown onto a dunghill, presumably because in the eyes of the Catholic authorities she was no better than a heretical priest’s whore.[1]

Historical interest in clerical marriage and clergy wives has increased substantially in recent years, with our understanding of the field primarily shaped by the work of Eric Carlson and Helen Parish.[2] This also seems to be a topic that really captures the imagination of students: when I ask my seminar groups to look at the Marian Injunctions of 1554, for example, they often marvel at the amount of attention given to clerical marriage, together with the uncompromising and uncharitable tone of the articles (the ones that say that married priests must no longer be allowed to be working priests, or to remain ‘married’). I’ve recently finished supervising an undergraduate dissertation on clerical marriage, and whilst the student, Helena Theo, worked extremely hard, and turned up some interesting material, it is clear that there is not exactly a wealth of sources giving an intimate picture of the relationships of the first generation of married clergy and their wives, especially from the female point of view (thank you Helena, for a very enjoyable supervisory experience, and for your permission to mention you here!).

In this post, I want to try to explore this relationship in a little more detail, and especially the extent to which marriage was an important aspect of the identity these early reformers constructed for themselves. I’m going to do so using a very well-known source, but one which (to my knowledge) has not been extensively mined for this sort of material, either by any historian of clerical marriage, or indeed by Helena, whose project went off in a slightly different direction. That source is the two-volumes of The Zurich Letters, published by the Parker Society in the 1840s, and, as it says on the title page, ‘comprising the correspondence of several English bishops and others with some of the Helvetian reformers during the reign of Queen Elizabeth’. END_OF_DOCUMENT_TOKEN_TO_BE_REPLACED

Update 25/04/17: An open-access version of my article on ‘The Politics of Economic Distress’ is now available though Birkbeck’s institutional repository or, alternatively, on my Academia.edu profile.

Thomas Smith was not a man of the people. Although born to a London merchant, he made his name teaching Hebrew at Oxford, publishing a thesis on Aramaic in the Old Testament and spending several years in Constantinople hunting down Greek manuscripts. Smith was, above all, an uncompromising believer in a very particular brand of high-church Anglicanism, so when William and Mary captured the throne in 1689 he refused to take the oath to the new monarchs.

In the 1690s, Smith watched the aftermath of the Revolution unfold. It was not a pretty sight. Maritime trade was battered by war with France, taxes doubled within a few years, food prices rose dramatically and the people lost faith in the currency. Although Smith seems to have lived a fairly comfortable life and remained focused on his scholarly work, his correspondence reveals that he had a good eye for the problems that beset ‘the common people’ in this decade. END_OF_DOCUMENT_TOKEN_TO_BE_REPLACED

This is the third and final post in a series introducing some key theoretical concepts through the history of food and drink (see here for the first, here for the second). The previous post concluded on Pierre Bourdieu’s point that the cultures of different social groups were relational to one another. But what was the nature of this relationship? It can be interpreted in a number of ways. Elias, for instance, as I mentioned in the previous post, tended to think that the cultural practices and preferences of the elites gradually ‘percolated’ down through the rest of society. Sometimes a similar argument is made with reference to the term ’emulation’ – the idea that lower social groups tend to ape the culture of higher social groups, and that this in turn causes those higher social groups to reinvent themselves to maintain their sense of distinctiveness and superiority.

A rather different way of looking at the relationship between the cultures of different social groups can be seen in our next concept that has proved popular with historians of food and drink – Mikhail Bakhtin’s notion of ‘carnival’. Bakhtin was a Russian literary critic, most famous for his book about the French Renaissance humanist Francois Rabelais, published in 1965 (although written under the Stalinist regime during WWII) Rabelais and His World. In the book, Bakhtin argued that Rabelais’ work provided a valuable insight into what he called the ‘folk culture’ of early modern Europe. If Elias’ conduct books could reveal the eating and drinking culture of European elites, what Bakhtin termed ‘official culture’, then Rabelais had written a carefully observed account of the consumption practices and dispositions prevalent amongst ordinary men and women. END_OF_DOCUMENT_TOKEN_TO_BE_REPLACED

In this second of three posts introducing some key theoretical concepts through the history of food and drink (see here for the first) I’m going to move on to think about some of those borrowed from sociologists. The last post ended by stating that a concern with change over time plays an important role in the types of theories historians tend to like and dislike: and it helps to explain why they have been taken with our next key concept – the notion of the ‘civilising process’. 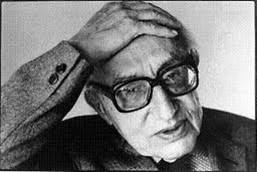 This was a theory first posited by the German sociologist Norbert Elias, back in 1939, but its main impact on Anglophone historians only came when it was translated into English in 1969, as: The Civilizing Process, Vol. 1: The History of Manners (1969). Its central claim was that between the middle ages (c.800AD) and the nineteenth century the manners of Europeans had become gradually more ‘civilised’ – by which he didn’t necessarily mean ‘better’ or more ‘progressive’ (he wasn’t passing judgement) but marked by increasing levels of self-restraint and self-control, especially with regards to violence, sexual behaviour, bodily functions, table-manners and forms of speech. By reading conduct manuals – guides to appropriate forms of social etiquette, a very popular genre – from across these centuries, Elias identified a shift away from an aristocratic honour culture in the middle ages which had seen aggression, violence, and the excessive consumption of food and drink as acceptable and laudable, towards an increasing sense of shame and repugnance towards all of these behaviours. END_OF_DOCUMENT_TOKEN_TO_BE_REPLACED