It is beginning, as the seasonal classic reminds us, to look a lot like Christmas, everywhere you go. Shops are blaring out Mariah Carey and town centres are aglow with fairy lights, whilst trees festooned with tinsel are popping up everywhere. A good many of us, I expect, are rather looking forward to Christmas. Whether it is as a religious festival, a great big party, a consumer frenzy, a chance to get together with our loved ones, or even just an excuse to take some time off work, there is no denying that Christmas at the beginning of the twenty-first century is a still major cultural phenomenon, and a calendrical landmark of great prominence. 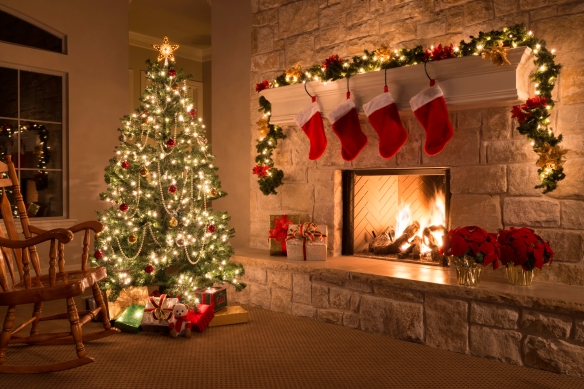 The stockings were hung by the chimney with care…

What Christmas is not, today, is a political issue. Yes, it’s true that UK Labour Party leader Jeremy Corbyn has been mocked by his opponents for issuing a Christmas card without the requisite quota of cartoon reindeer and glittery robins, whilst Conservative Prime Minister David Cameron has also drawn opprobrium for his own idea of what constitutes a festive image (for the record, it is a picture of himself and his wife looking insufferably smug after his General Election victory in May). But Christmas is hardly a hot-button issue – for perhaps the majority of people, it represents an opportunity to retreat from, rather than to engage with, some of the more frightening and urgent political questions of our time.

‘Twas not, of course, ever thus. Just as everybody knows that Henry VIII had six wives, anybody who knows anything about history knows that Oliver Cromwell and his band of seventeenth-century puritan brothers tried to ban Christmas. It was not, of course, that they denied what Christmas represented in scriptural terms – the historical fact of the incarnation and nativity of Jesus. Rather, the puritan government’s objection rested on two fronts. First and foremost, the 1645 Directory for publique worship of God rejected in its entirety the traditional Catholic festive calendar which had been drastically pruned, but not abandoned entirely, by the second Edwardian and Elizabethan Books of Common Prayer. ‘An Appendix touching dayes and places for Publique Worship’ stated baldly that,

there is no Day commanded in Scripture to be kept holy under the Gospel, but the Lords-day, which is the Christian Sabbath. Festival dayes, vulgarly called Holy dayes, having no warrant in the Word of God, are not to be continued.[1]

Christmas – or rather, its celebration – was simply unscriptural, and therefore no longer required under the new purified church order of the interregnum government. 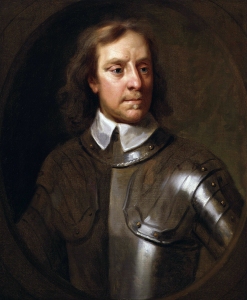 Secondly, the puritan government objected to the traditional festivities which accompanied the Christian festival of Christmas.[2] Christmas in the early modern period – as now – was traditionally seen as a time of celebration, excess, and occasional downright debauchery, marked by the consumption of rather too much food and drink, and by music, games, and other forms of merrymaking. Puritans disapproved of such sinful practices at the best of times, and so it is no surprise that they tried to ban the revelries associated with the now banned festival of Christmas. What is perhaps more surprising is the apparently popular pamphlet war which erupted over the attempt to banish Christmas, on both sides of the argument. Christopher Durston’s short article ‘Lords of misrule’, referenced in the notes below, gives a concise overview of this festive war of words, and in this post I would like to focus on just one publication: the anonymous Arraignment, conviction, and imprisoning, of Christmas.[3] Printed and sold in January 1646 by the unlikely assemblage of Simon Minc’d Pye, Cissely Plum-porridge and Ralph Fidler at the sign of the Pack of Cards in Mustard-Alley, Brawn Street, this four-page pamphlet recounted a conversation between a Lady eager to locate Christmas, and a Town Crier keen to point out to her its considerable shortcomings. 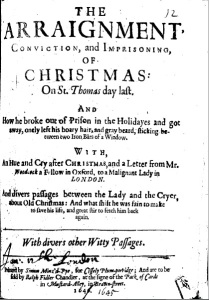 Two things emerge strongly from the pamphlet. The first is the extraordinary lengths to which the godly town crier (undoubtedly the voice of the pamphlet author) is prepared to go to associate the traditional festival of Christmas with Catholicism. He recorded the ‘familiar friends’ of Christmas as ‘any man or woman, whether Popish or Prelaticall, Superstitious or Judaicall, Ignorant or Jesuisticall’. He also noted that ‘if you had gone to the Queenes Chappel, you might have found him standing against the wall; and the Papists weeping, and beating themselves before him, and kissing his hoary head with superstitious teares’, in a sideways reference to Charles I’s Catholic queen, Henrietta Maria. Christmas was described as having ‘entred the Romish Kallender time out of mind’, ‘full and fat as any dume Doctoer’ ‘in the Bishops time’, ‘but since the catholike liquor is taken from him, he is much wasted, so that he hath looked very thin, and ill of late’. Indeed, the origins of Christmas were thus: ‘he crept from under the Romish Chaire; and was placed in the Kalender only by a popish Edict, to be a time observable for the common People to bring in large offerings to the Popes holinesse, and to maintaine the Cardinalls, Priests, and Fryers’. This was a canny polemical strategy, for popular anti-Catholicism was something upon which both puritans and more moderate Prayer Book Protestants could agree, and it may therefore have persuaded some to the godly way of thinking regarding Christmas. 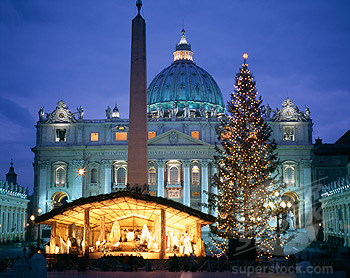 Secondly, and contrarily, what also oozes from the pamphlet are the rich sights, sounds, smells and tastes of the traditional Christmas celebration. In other words, the pamphlet was not afraid to remind readers of what they were going to miss, and to sympathise with their sense of loss. Christmas is presented as a time of ‘glittering gold silk and silver’, ‘ringing, feasts, and jollitie’ and ‘cards and dice’. It was a time of abundant food, including ‘in every house roast Beefe and Mutton, Pies and Plumporrige, and all manner of delicates’. Women were clad in ‘new Gownes, Hatts and Hankerches, and other fine knacks’, whilst Christmas ‘got Prentises, Servants, and Schollers many playdayes, and therefore was well beloved by them, and made all merry with Bagpipes, Fiddles, and other musicks, Giggs, Dances, and Mummings’. Christmas was also a time of great commercial productivity, some aspects of which were more savoury than others:

The Candlemaker, Cardmaker, Cookes, Pimakers, and all sorts of trades seasonable for the time, got well by him, and vended his Commodityes best at his coming, and many a broken poore whore could get up a new baudie house, and a new stock, by the coming of this good fellow.

What is striking about the pamphlet in the final instance therefore is a prominent mood of moral ambiguity about the loss of Christmas. The Lady clearly places herself on the wrong side of popular opinion, by declaring at the end of the pamphlet ‘Well, if ever the Catholiques or Bishops rule again in England, they will set the Church dores open on Christmas day, and we shall have Masse at the High Altar, as was used when the day was first instituted’. However, the crier was not a straightforwardly godly figure either. Summarising the impact of the departure of Christmas, he remarked,

The poor are sory for it, for they go to every door a begging as they were wont to do (Good Mrs. somewhat against this good Time) but Time was transformed, Away be gone, here is not for you; and so they instead of going to the Ale-house to be drunk, were fain to work all the Holidayes. The Schollers came into the Hall, where their hungry stomacks had thought to have found good Brawn and Christmas Pies, Roast bief and Plum porridge, but no such matter; Away ye prophane, these are superstitious meats, your stomack must be fed with wholesome doctrine. Alas poor tallow-faced Chandlers, I met them mourning through the streets, and complaining that they could get no vent for their Mustard, for want of Brawn.

These are not the words of a zealot, but of a wry and wistful pragmatist, and in the final instance it may have been at the back of the crier’s mind that in banning Christmas the puritans had thrown the charitable baby out with the sinful and corrupt bathwater. We shall never know what the anonymous author really thought, for obvious reasons. What is clear, though, is that the abolition of Christmas was a hot topic in the 1640s and 1650s, and that it encouraged debate not just between the political and religious elite, but also amongst the producers and consumers of popular print. At this level, entertainment was just as important as making a principled argument. But this pamphlet was also a remarkably sophisticated piece of work, designed to empathise with those who regretted the loss of Christmas, even as it sought to convince them that jettisoning an old popish festival was the best course of action. As we exchange our gifts and sit down to eat our roast dinners on 25 December, perhaps we should remember that, there but for the grace of God, we might be spending the day in fasting, rather than feasting.

[1] A Directory for publique worship of God thoughout the three kingdoms of England, Scotland, and Ireland together with an ordinance of Parliament for the taking away of the Book of common-prayer, and for establishing and observing of this present directory throughout the kingdom of England and dominion of Wales (1645), Wing D1548, p. 40.

[3]  Anon, The arraignment, conviction, and imprisoning, of Christmas: on St. Thomas day last. And how he broke out of prison in the holidayes and got away, onely left his hoary hair, and gray beard, sticking between two iron bars of a window. With, an hue and cry after Christmas, and a letter from Mr. Woodcock a fellow in Oxford, to a malignant lady in London. And divers passages, between the lady and the cryer, about old Christmas: and what shift he was fain to make to save his life, and great stir to fetch him back again. With other divers witty passages (1646), Wing A3749.

7 thoughts on “‘Christmas Imprisoned’: the ‘popular’ assault on the festive season”