One of the recurring questions on the many-headed monster is how the world is experienced by people at different levels of the social heirarchy. In this guest post, William M. Cavert looks at the unequal impact of pollution, drawing on his new book: The Smoke of London: Energy and Environment in the Early Modern City (Cambridge, 2016).

“Poverty,” wrote sociologist Ulrich Beck, “is hierarchic, smog is democratic.”[1] Pre-industrial cities, according to Beck, were full of dirty and unpleasant dangers, but the wealthy could escape or avoid them easily because such hazards smelled badly and looked ugly. In the modern world risk is invisible, and is everywhere. 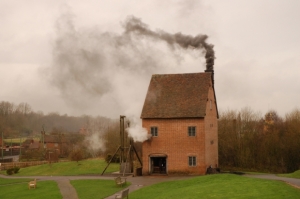 A working replica of the first Newcomen steam engine, 1709, built and operated at the Black Country Living Museum, Dudley. The engine is a similar size, and uses a similar amount of mineral coal, as many of the facilities that produced beer, spirits, glass, and bricks in early modern London

London during the early modern period offers an interesting test for this idea because it was at once clearly pre-industrial and yet it also developed one of the hallmarks of the modern, industrial urban landscape: pervasive air pollution.[2] The “smog” that Beck suggests envelopes industrial cities became widespread in London by about 1600, caused not by great factories as in 19th-century Manchester, but by the domestic coal fires of 200,000 people, as well as coal’s importance in every industry that involved boiling, heating, or melting.[3] During the 17th and 18th centuries, pre-industrial London struck residents, rulers, and visitors as a smoky, dirty place. Modern scientific modeling suggests that their impressions were accurate, and that the concentrations of pollutants like sulfur dioxide in 18th-century London are matched today only in the world’s very dirtiest cities.

Did early modern Londoners experience this smoky air as yet another aspect of a deeply “hierarchic” society, as Beck suggests? END_OF_DOCUMENT_TOKEN_TO_BE_REPLACED

Links to the other posts in the ‘On Periodisation’ series:

The many-headed monster’s mini-series ‘On Periodisation’ really struck a chord with our readers, prompting an outpouring of comments both below the line and on twitter. I have captured many of these in this Storify – thanks so much to everyone who took the time to offer their thoughts, and my apologies to anyone whose comments I missed, but it was hard to keep up! 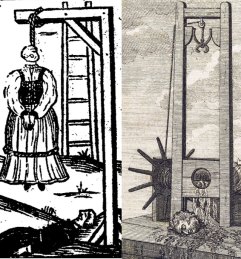 The digested version is that comments tended to fall into three categories: those who were prompted to reflect on periodisation in relation to their own research; those who offered a transnational perspective; and those who added an interdisciplinary slant to the discussion. Whilst debates on this topic are a constant of historical research, social media has the benefit of creating a more diverse conversation which encourages broader perspectives and raises new complications. If the debate continues I intend to add to the story in due course, so please do join the conversation.

My original intention was to try to summarise these contributions in another post, but when it came to it I struggled because the responses were both (a) too various, and (b) too contingent. Thus this post instead focuses on the shared responses to periodisation, in the form of a series of questions people ask about it. END_OF_DOCUMENT_TOKEN_TO_BE_REPLACED